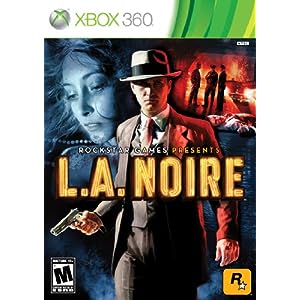 Last week I purchased the Rockstar Pass for L.A. Noire which gave me access to all of the DLC for the game. Inspired, this weekend I finished the game completely, 100% story, hidden items and achievements. Actually, I think this is a personal milestone for me since I have 1400/1400 gamer score in this game which is the most I have in any single game.

For those that aren’t aware the game is based around the life of a new police officer in 1947 Los Angeles, Cole Phelps. He’s fresh back from fighting in World War II (and winning the Silver Star), and is looking to be the best cop he can be. You will go on cases, collect clues, interrogate witnesses and suspects and try to solve a wide variety of crimes as you move up the ranks in the department!

Now, I do not know what the budget for this game was, but would be surprised if they didn’t spend a huge portion of it on Hollywood talent. I have never before seen a game in which almost everyone was someone I recognized from television or movies or both. One of the early cases had me exclaiming “Hey, that’s Matt Parkman!” Every time I turned around there was another actor I recognized. There are 21 cases in the main game (plus 4 DLC cases currently), each case having at least 3-4 new actors in it (along with the recurring characters). The credits listed at least 100 different actors which doesn’t even count all of the other people involved in making the game. Given the seven year development time, and this list of talent, I’m sure the cost of the game was much higher than I’m imagining. 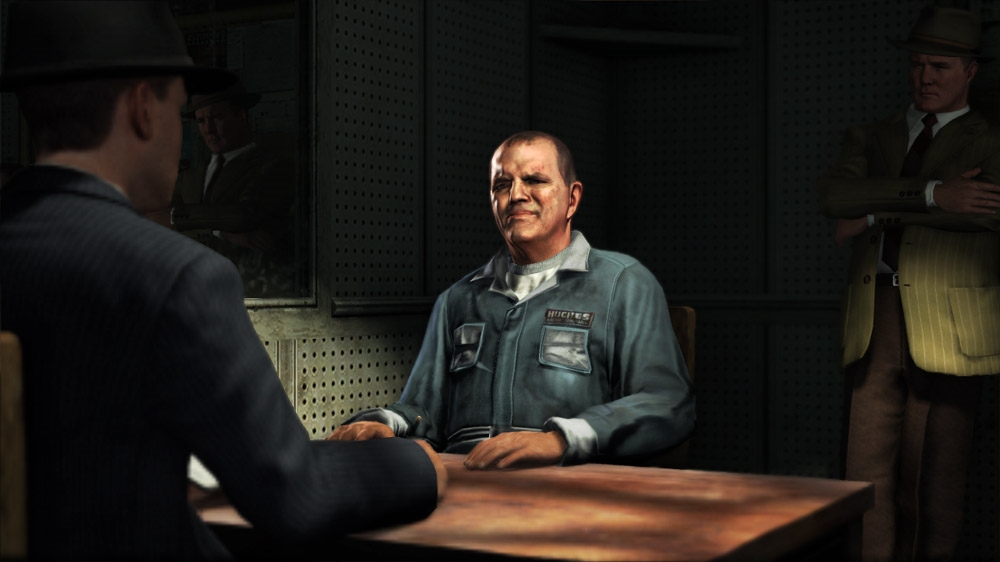 The technology they used for capturing facial expressions and displaying them to us during the game was absolutely amazing. While they probably could have made the game without using “real” Hollywood actors, I think the game would have suffered for it. Using “real” actors and this technology was incredibly immersive. It was the closest I have ever seen to getting out of the uncanny valley, and part of me wants to argue it succeeded in getting out completely.

Of course, simply having this technology without using it for some game mechanic would have been silly, and the major mechanic for this game is the requirement that you “read” the person you are interrogating’s face to help determine if they are telling the truth or lying. Having real actors here was both a large success and a bit of a letdown. It was a success because they did an amazing job in getting the emotions across, but at the same time, it was a bit too easy for the same reason! For example, if you tell an actor to say “sit there and act like you just lied”, well, they will look like they just lied!  It was relatively easy to determine whether the response to a question was the truth or a lie. 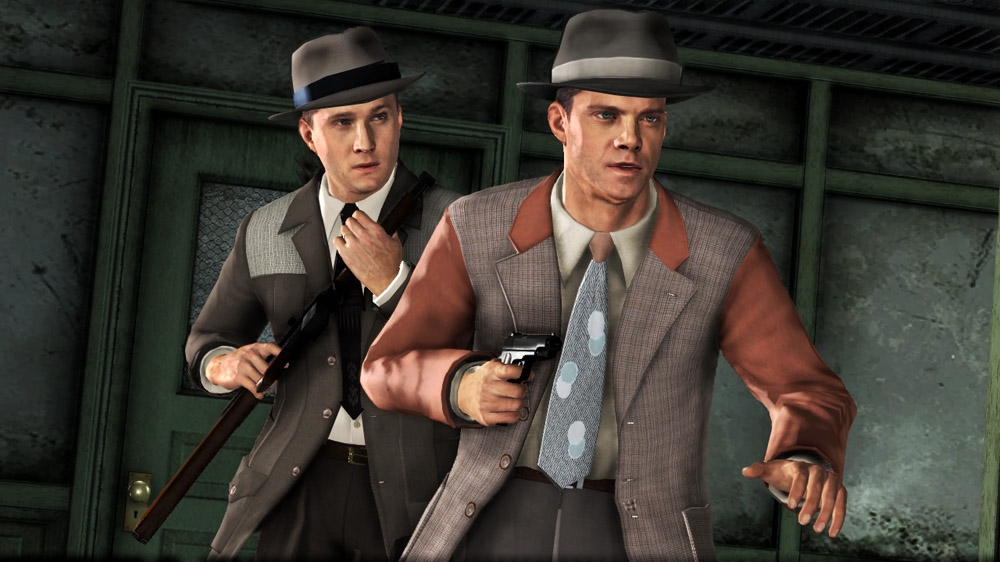 Having only those two options would have made the game entirely too easy though, so lies (by far the more common response) were broken up into two different categories.  You could either choose “doubt” when you thought they were lying but had no proof or “lie” if you thought you could prove they were lying. The “lie” choice always felt entirely too arbitrary though, much like the old adventure games back in the day. If you weren’t following the exact logic the game designer was, deciphering whether or not you had “proof” of a lie was a dice roll half the time. Early on in the game I figured out that accusing someone of lying would sometimes give you a hint as to what kind of proof was needed, and you could always “back out“ of the accusation so that became the way I played most interrogations. If I wasn’t sure if I had proof, I would accuse them anyway, and if I didn’t get a hint that helped, I would back out and choose “doubt”. Sort of a “trial by error” way of gaming that hints at bad design if you ask me.

The game itself was extremely easy to finish if you didn’t care about your “case ranking” (how well you did) or anything. Finding clues was almost done for you, simply walk around and push the A button when the controller vibrated. Once all the clues were found, the game would play a little chime and the music would stop so you always knew when you were done. 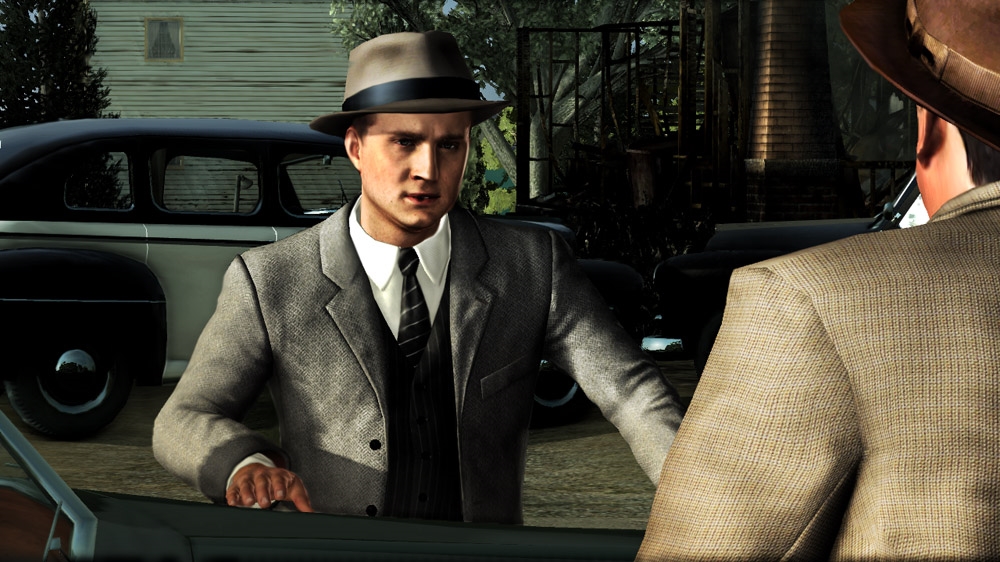 The story of the game was another factor that I liked. It was basically broken up into two overarching sections as you worked your way across five different “desks” in the precinct. You start as a lowly beat cop on patrol before working your way through traffic, homicide, vice and finally arson. There’s an apex of sorts at the end of the homicide cases and the final resolution of the game at the end. The story was well told and kept me intrigued through the end, but I have one big complaint about it.

I hated Cole Phelps. If you remember back from the second paragraph, Cole Phelps is the person you’re playing as. Having the person I’m supposed to be playing (and having a connection to) be on my “I hate this guy” list doesn’t seem to be a great way to endear him to me. What’s worse, I get the feeling that I was *supposed* to dislike him! Towards the end of the game they try to redeem him in the story, which falls flat for me because I don’t want him redeemed since I disliked him to begin with. The flashbacks to the war did nothing but make me dislike him more (and why did he treat Jack Kelso the way he did?) The big “twist” towards the end didn’t make me feel sorry for him, it made me feel he got what was coming to him.

I liked all of his partners though, particularly Roy Earle which is weird because I don’t think I was supposed to like him either. Aside from one time early in the game when he slapped a girl though, I always got a kick out of him.

Having said that though, it’s a testament to both the actor who played Cole Phelps as well as the technology they used in the game that I got such an emotional response out his story, even if I didn’t necessarily like him. 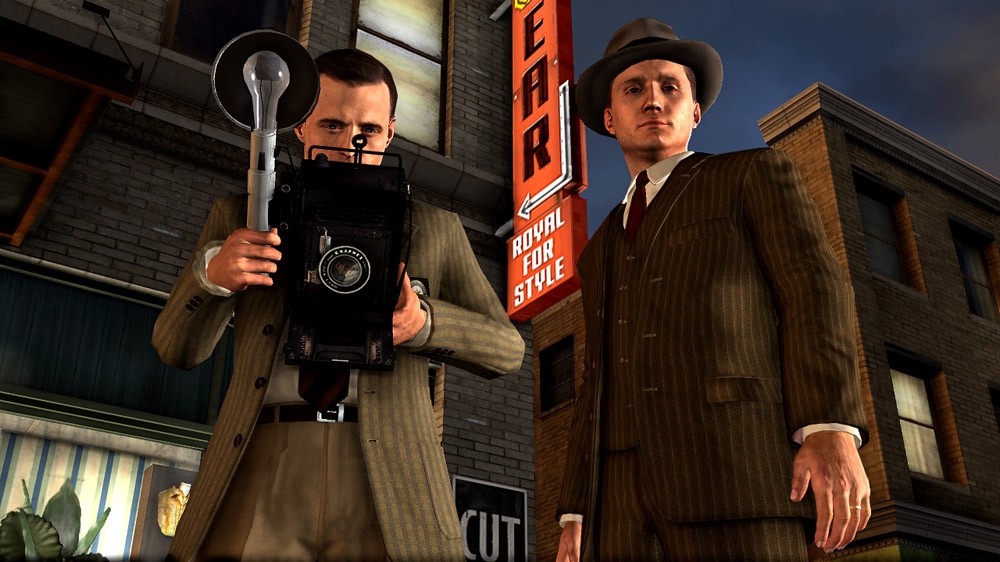 There were also minor complaints in that my interrogations would go from calm talking to yelling insanely accusing people of lying back to calm talking in a matter of seconds, but given the huge dialog trees and the various outcomes that were possible depending on how I reacted, I don’t fault them too much for that. Overacting a bit perhaps, but nothing too detrimental.

I also liked how the DLC packs integrated right into the story if you happened to be playing them then. They were simply more of the same from the original game, but since I liked that, it worked out pretty well! Plus, since each DLC case cost 320 points individually, but I bought the pass for 960 points for all four cases (plus a few suits), it was a great deal!

All in all, I enjoyed my time with L.A. Noire, enough to even go searching around for all of the film reels. Enough to buy all of the DLC packs as well.

It has been about five years since my last book came out.  During that time, a lot has happened.  Heck, that book was about Managed DirectX, and at the time it came out XNA Game Studio didn’t even exist as an idea, much less a product.  Since then, it’s not only been released, but we’ve announced the *fourth* version of the product!  We’ve added support for Windows, Xbox, Zune, and soon, Windows Phone 7.

So much has changed, so much time has passed, it was time to do a new book.  This new book will cover Game Studio 4.0 in its entirety, including Windows Phone 7, the new features, Xbox, everything.  While we haven’t announced any release dates for Game Studio, I’m spending my spare time (what little I have) to make sure the book will come out as close as possible to the release of the product.

I’m also having some help with this one, and will have a co-author, so that is a bit exciting too!  Writing has begun so if you have suggestions, now is the time!